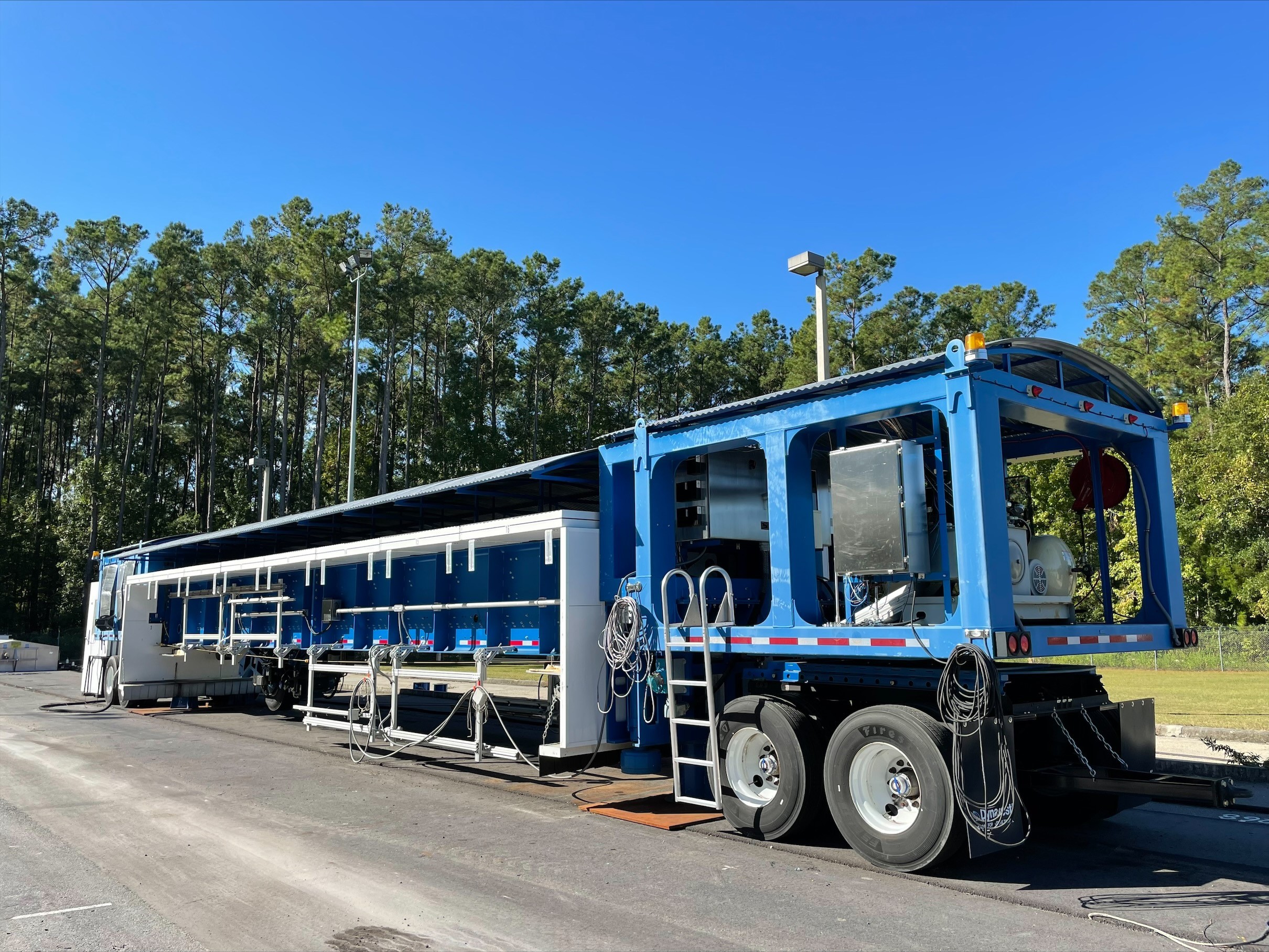 The Florida Department of Transportation (FDOT) takes pavement performance seriously. So much so, the agency has created its own Accelerated Pavement Testing and Research Program behind its State Materials Office in Gainesville. It’s a place where all types of pavement designs square off against a brutal machine called the “Heavy Vehicle Simulator (HVS).” The HVS allows FDOT to simulate highway loads in an accelerated manner within a controlled environment.

In October, Surface Tech entered its ACE XP Polymer Fiber® into this competitive arena of “additive gladiators.” Over the next few months, a battle will ensue between 3.4 ounces per ton (2.1 ounces of pure aramid) of tiny ACE XP fibers against this Goliath of a machine.

“The Heavy Vehicle Simulator is built like an upside down bridge,” said Phil Blankenship, principal of Blankenship Asphalt Tech & Training. “The HVS pushes down on the road using the truss to hold it in place, where as a bridge “pushes” up against the traffic load.”

Surface Tech supplied its ACE XP polymer fiber for a 20-foot test section where the (Goliath) simulator will attempt to inflict a maximum rut depth of four inches. A laser profile measures the damage inflicted in real time. The simulator can maintain a constant pavement temperature of the test section as it undergoes testing by lowering insulated, side panels

FDOT has invested heavily in accelerated pavement testing to focus on Florida’s most critical pavement issues and determine the best solutions to improve endurance and life span. The HVS test sections aid in these efforts by validating existing materials and methods as well as innovative materials and methods. ACE XP was pitted against the Heavy Vehicle Simulator in the same Superpave mix design as used for PG 67-22 and PG 76-22 that is used for all additives tested.

“Surface Tech is pleased to be included in FDOT’s accelerated testing in addition to the prestigious NCAT Additive Group study, both of which are going on now,” said Blankenship. “Surface Tech is looking forward to seeing the results and how well ACE XP stacks up against other additives, and they’re fairly confident that aramid fiber will hold up well against the severe Heavy Load Simulator test.”