Engineers with the Public Works Department in Louisville, KY, tested a new aramid-reinforced composite asphalt (ARCA) mix design from Surface Tech in 2020 that offers the perfect combination of qualities — recycling and long-term sustainability. They paved a downtown street with an asphalt mix that contains 36% recycled asphalt pavement (RAP) and devised a new mixing method that will help other municipalities reduce the amount of RAP pilling up or going to landfills.

After two years, Lampton Street shows virtually no sign of cracking or rutting compared to nearby roads paved at the same time. It's a remarkable achievement given the fact that most asphalt mixes can add only 20% RAP. In standard mix designs, too much RAP can make the pavement brittle, but this high-RAP mix design achieved a balanced mix that went down smoothly and has resisted wear through two years of traffic, plus hot summers and snowy winters.

Surface Tech offers the mix design as REARM HR — Rejuvinator + Aramid with High RAP. REARM HR is a combined technology utilizing an aramid reinforcer — ACE XP from Surface Tech — and a synthetic bio-oil. In the Lampton Street project, the bio-oil chosen was TUFFTREK 4007 from Bakelite.

Bio-oils are used to soften the RAP in the initial stages of blending. The ACE XP gets introduced into the mix at a later stage to reinforce it with millions of aramid tendrils that form a strong 3D matrix. The addition of the aramid reinforcer is what allows a higher percentage of RAP in the mix.

Working with Phil Blankenship of Blankenship Asphalt Tech and Training (BATT Lab) in Richmond, KY, Hall Contracting produced a mix that not only utilized sustainable components but was also designed to perform as good or better than the City’s normal hot mix asphalt pavement.

“The process ran smoothly through the asphalt line and was a seamless operation with no separation, odors, or other problems,” said Jordan Sandquist, R&D and QC manager for Hall Contracting. He was especially pleased with the results from extensive lab testing conducted by the BATT Lab prior to installation. Zack McKay, BATT Lab Operations Manager, oversaw all the testing procedures.

“We saw a 68% increase in the resistance to cracking in the IDEAL-CT. In the rutting test, the mix was able to reach 20,000 passes with about 4 mm of rutting, an excellent result. The overall performance of the mix was interstate-level,” said McKay.

Sandquist has a long history with the Louisville Public Works Department and is well acquainted with their willingness to try new solutions to achieve better performing, longer-lasting roadways.

“Matt Haines and the other engineers have been very forward thinking in their approach to trying mix designs that can improve performance and add sustainability to pavements,” said Sandquist. “We’ve been adding Surface Tech’s aramid solutions to their roadways since 2015.”

In the case of Lampton Street, adding more RAP meant the City could save money on raw aggregates and binders, with the added bonus of creating more environmentally responsible roadways.

“The City is interested in looking at green alternatives, but not simply to recycle RAP. They want roads that will last, and this REARM HR mix accomplishes both,” said Sandquist.

“Everyone in the industry is looking for a balanced mix design — one that controls both cracking and rutting. This mix hit the highest points on both parameters, better than any mix by itself and higher than normal. It’s a perfect picture of how high RAP asphalt mixes can be designed in the future to achieve greener roads without sacrificing performance.” 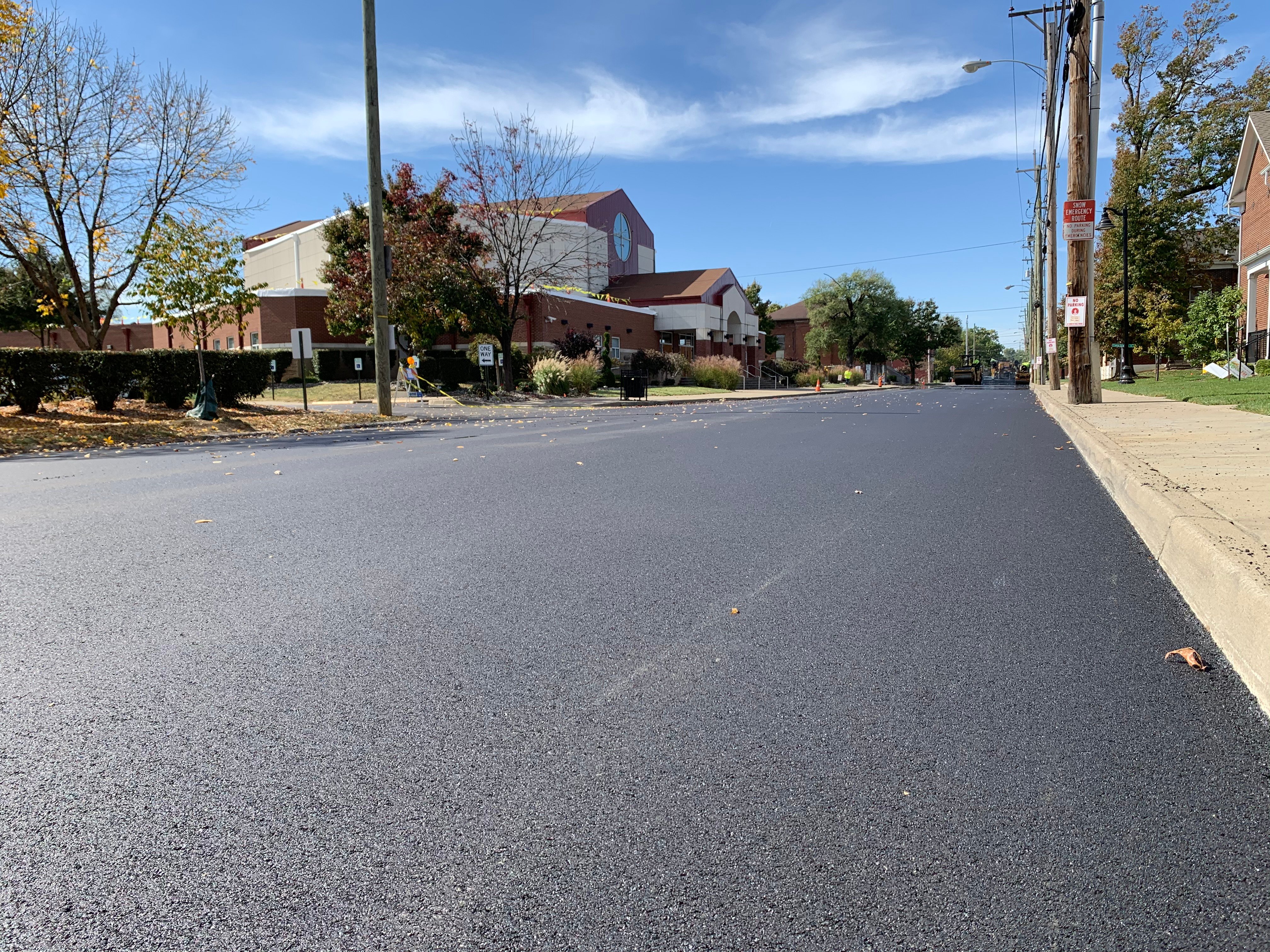